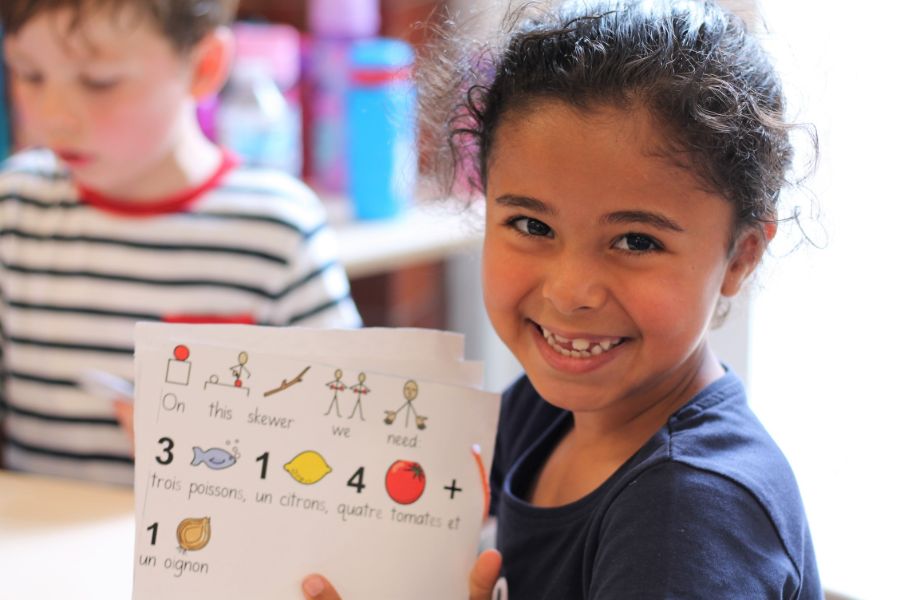 This year for French Day, the children explored the world of “pays Francophones”, countries throughout the world where French is an official language and culturally significant. We can find such countries on nearly every continent.

From reception to year 2, the children are learned about the continents of the world, traditional songs from Francophone countries, a typical recipe from DR Congo and geographical features, as well as animals in DR Congo.

In year 3 and 4, children took part in workshops, exploring Francophone countries and their specificities (capital city, currency, geography, typical food). Children also learned about each country’s flag, using their knowledge of French colours. Children also explored the world of “Sapeurs”, which stands for “the Society of Tastemakers and Elegant People”. They are a group of people who turn the art of dressing into a cultural statement. We designed our own sapeur outfit and described them in French.
Children discussed why it’s important to learn languages and what benefits this brings to your life, in this workshop we explored breaking codes and learning about French onomatopoeias, it’s was very exciting!
Finally, in our Francophonie workshop, we explored the continents of the world and found francophone countries in each continent.

In year 5 and 6, children did 4 workshops as well. They learned about idiomatic expressions from Francophone countries, working on the vocabulary and matching these expressions up with English ones.

Children are also learned about Famous Belgian people, Magritte, Helene Dutrieu, Hergé and Rubens. The children read the French biographies of these four people and illustrating their life on a comic strip page!
Finally, children also took part in a Francophonie workshop, learning about the continents of the world and finding francophone countries in each continent, as well as practising our French colours to describe the flags of each country.