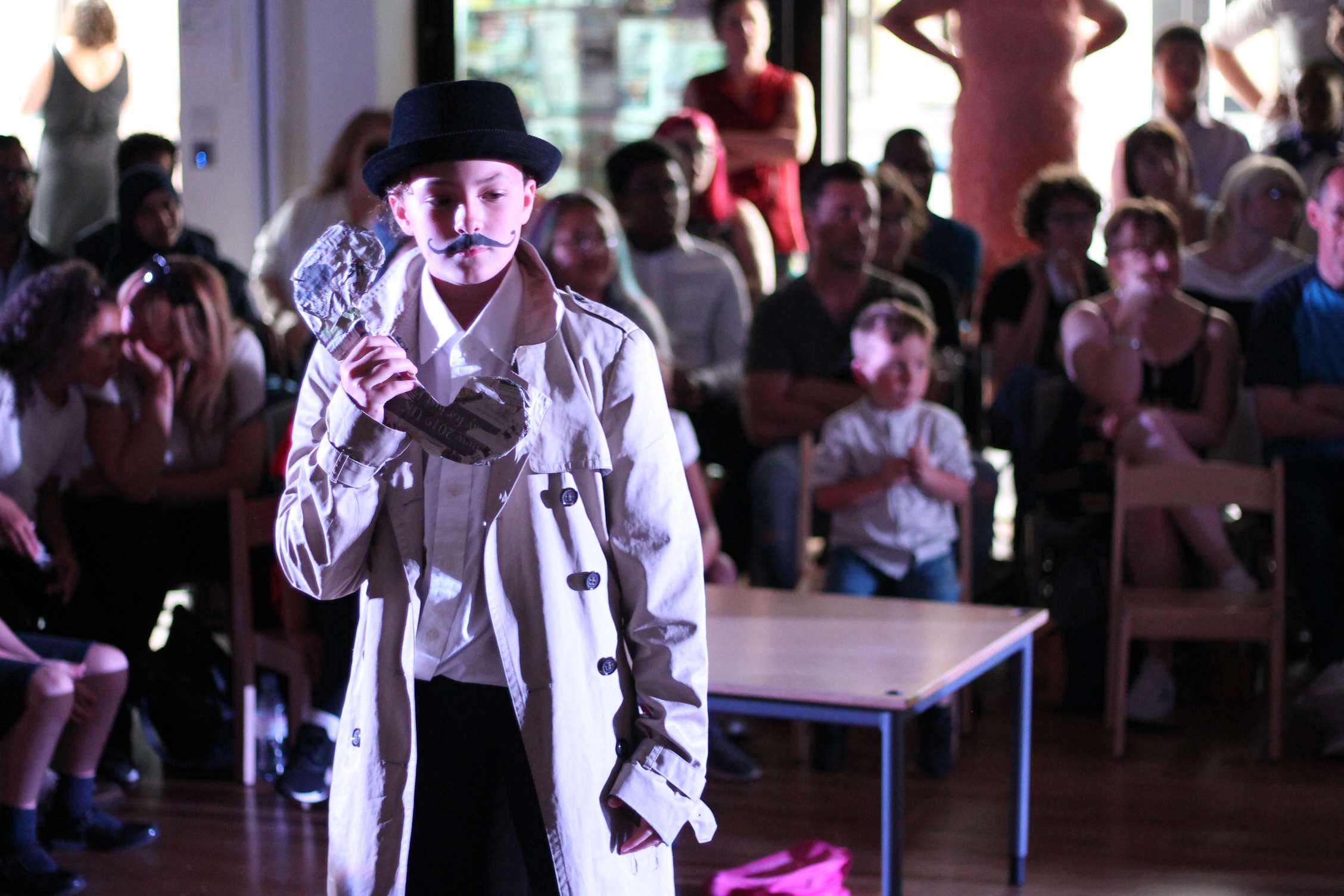 Year 6  performed magnificently in their show, Emil and the Detectives this week; the singing was electric, the dancing was wonderful, the acting was terrific and when they combined all three, it was magical. Well done to all the children who performed both on the stage and in the house band. Thank you to all the parents who came and supported the shows. Thank you enormously to the hugely talented Year 6 creative team led by Mr Windle for pulling together such a creative performance completed with an original score! 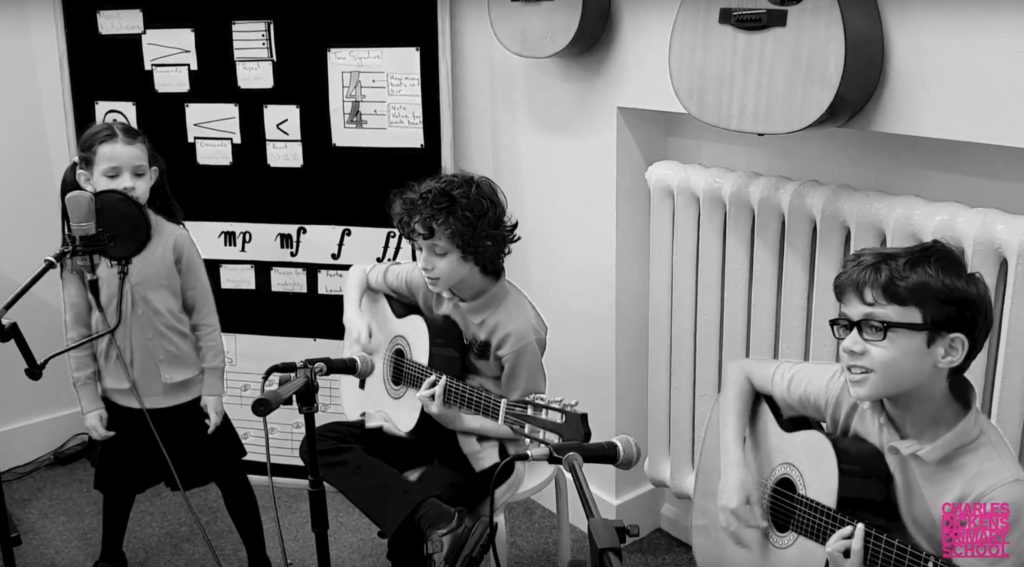 Pupils from Year 2 and 5 performed their unique and haunting cover of Radiohead’s classic Creep for Eisteddfod, our annual festival of creativity. The band, calling themselves ‘White Glass’ were one of the musical acts that wowed our judging panel. We love the quality of this tiny voice and the terrific teamwork from our young vocalist and her big brother and friend. Well done. Enjoy everyone! 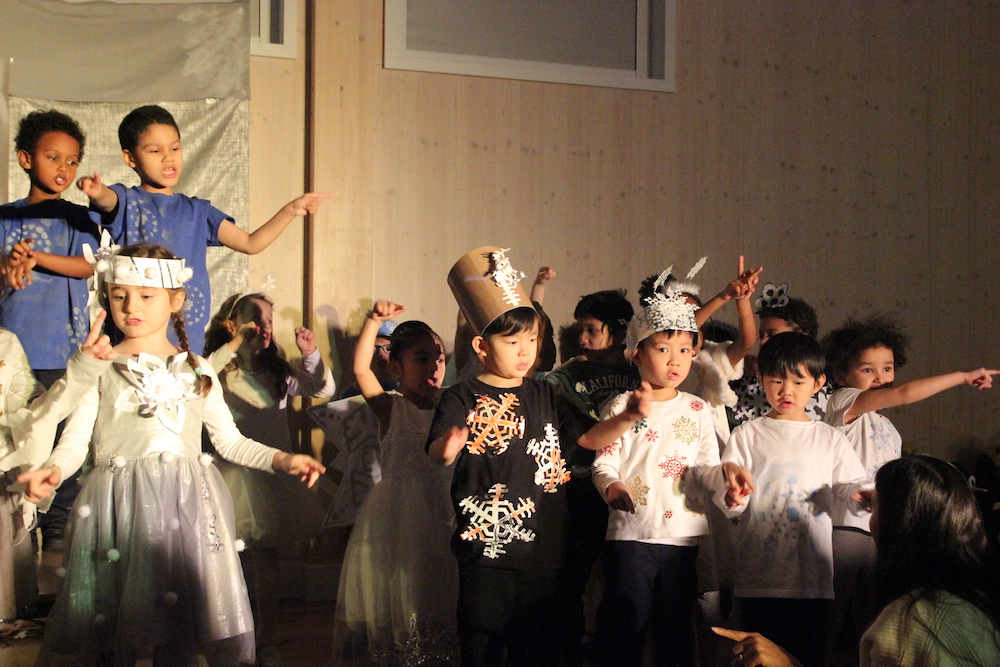 Well done to all the children and adults in Year 1 and 2 for such a super winter show. In a short space of time, children learnt words, dances and songs to bring to life the heartwarming story of a penguin on a journey o meet Santa Claus.

The audience were greatly impressed with the enthusiastic singing, great comic timing and terrific team work. The children exuded joy and impressive levels of confidence and poise. 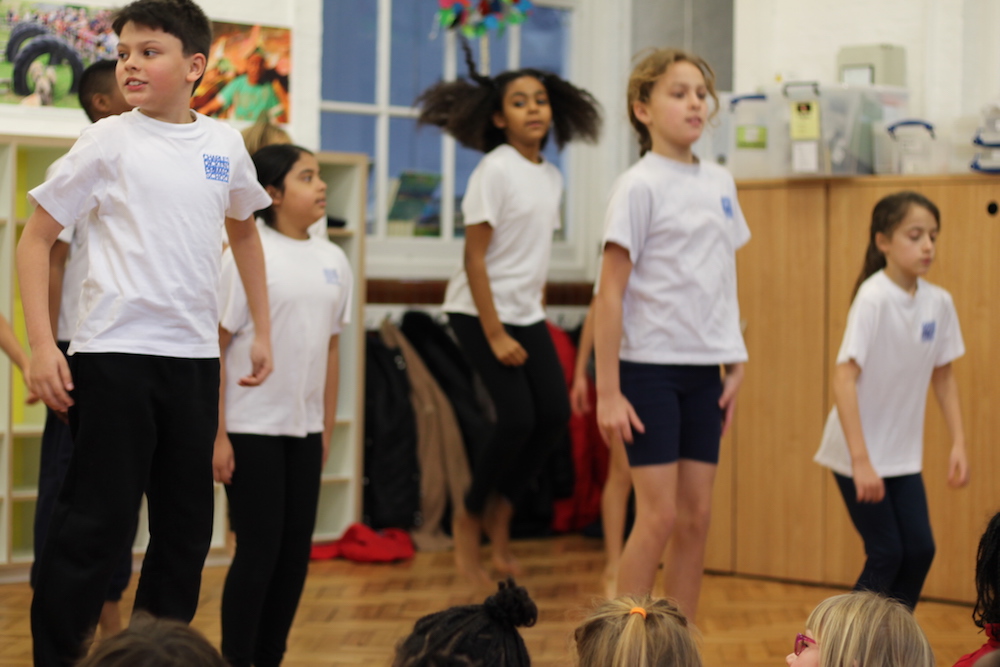 Children have benefited from weekly dance lessons with contemporary dancer and Rambert educator Delene Gordon. This term’s theme was water linked to learning about the Water Cycle and The River Thames.

The audience were hugely impressed with the level of physical strength and control, the confidence and freedom with which both girls and boys moved and the lyrical musicality. Thank you to our superb dance teachers and well done Year 5 and 6 on another terrific year of dance! 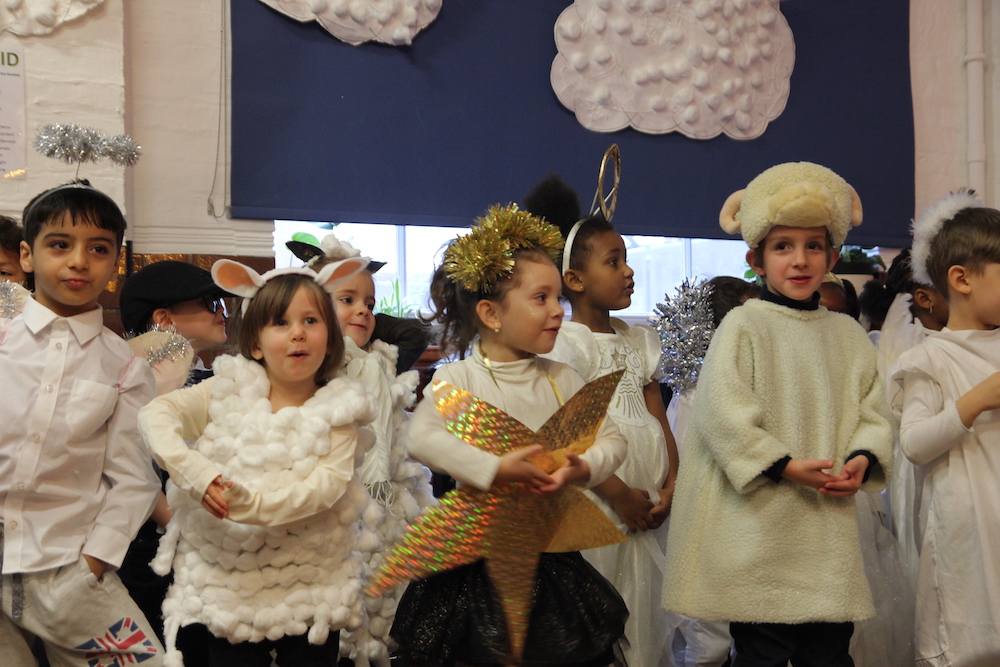 Well done to all the boys and girls and adults in Little Dorrit and Gargery – last we all enjoyed your confident singing, dancing and clear speaking. Lots of children overcame their nerves and stood proudly in front of a very large audience! Thank you to all the parents who came to watch and who provided such beautiful costumes.

On Thursday, Summerson class had a very special experience – dancing at the Royal Festival Hall! This was the culmination of six intense weeks working with Rambert Dance to prepare a piece inspired by Ghost Dances. Ghost Dances were choreographed by Christopher Bruce in 1981 to highlight political oppression in South America. The children were dancing the parts of the ‘ghosts’, representing the power of the state, taking away citizens’ rights and freedom. The dance moves were inspired by predators, particularly birds of prey. The children choreographed all the trio and partner work themselves.

It was a truly fantastic performance, with many people commenting on the children’s strength, timing and the menacing atmosphere they managed to create. We would like to thank Delene from Rambert who worked so hard to bring the piece together.

On Friday, Year 5 put on the most spectacular Jazz performance. It was a culmination of an intense 5 day project working with the supremely talented Pete Letanka, learning about the fundamentals of music through Jazz. The children of Year 5, in such a short period of time learnt to play instruments, read music, write and sing songs! On the day of the performance, the children performed what they had been working on accompanied by a Pete and his band! It was a great experience and well done to everyone involved!

Imagine a world with no snow, how would you survive Christmas? Picasso club’s second short film with debut performances from Frank, Molly, Amina and Caitlin.
In Picasso Club this term we created a short film; making the scenes with a mixture of collage and drawings, wrote scripts for the characters and as a group created a storyboard for all the things we wanted to happen in the film.

Click here or on the image below to watch the film

Main characters ‘Bob’ and ‘Bryce’ want to build a ‘Planet Dickens’ an imaginary planet to find some snowman, as there is no snow they set of to travel to snow!

For the first time we tested out using a Green Screen, which is what is used in films to make the characters look like they are somewhere else, placing the characters in the backdrops we created.

We discussed how films can be art, looking at how camera angles can change the way we think about the story and all the ways that people work to make films look amazing.

We have marked the festive season with very special pinatas. Each class has made a pinata which they then filled with glitter and more importantly messages of hope and friendship from other children in the school. Today every class enjoyed ( immensely) opening their pinata and receiving the gift of friendship from another child under a shower of sparkles.  Thank you to Mrs Jenkins, our head of art, for such a positive project!

This week, during Creative Arts Week, all children were able to design and transpose their images onto the concrete building site to create a giant magic carpet. It looked amazing! A huge thank you to Sara and Mr Yusuf, our resident artists and a special thank you to Morgan Sindall Group PLC for granting us access to the site!

Have a look at the brilliant video we captured of it!